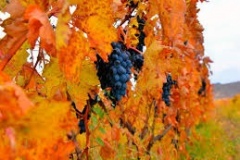 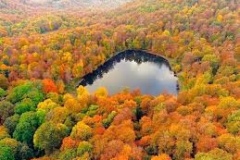 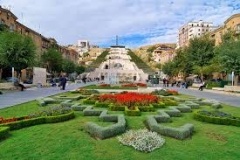 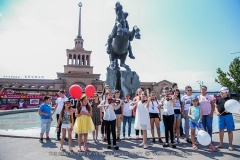 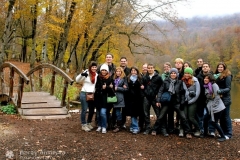 The Republic of Armenia is a sovereign, democratic, social and legal state. The state power is administered pursuant to the Constitution and the laws based on the principle of separation of the legislative, executive and judicial powers.

Armenia is located in Eastern Europe and also called Euro Asia. The population is about 3 million. Armenia is historically an important kingdom and the first Christian country in the world. The ruins of the Greek Roman Empire, with its historical heritage, are still visible. The State University was named by a European physician, Dr. Mkhitar Heratsi, who lived in Mediterranean time. The university is located in the beautiful surroundings of the stunning Caucasian mountains of Eastern Europe.

In addition, Yerevan Medical University is an outstanding Medical University. The particular university provides you with the necessary practical training in modern technology to help you be a successful doctor anywhere in the world. Having followed the 06 years course in English medium is an advantage for our students.

Another feature of this program is that we direct students to exams such as AMC and PLAB. Indeed, one of the great opportunities you have is that all doctors attached to our institute are government registered doctors.

The climate of Armenia is highland continental, dry with four seasons. Temperatures can vary between seasons. The summer is generally pleasant reaching 35 degree, though in the Ararat valley temperature may reach up to 40 degree. Winters are cold dipping to 5 degree below zero. Autumn is considered as the finest season with abundance of fruits, pleasant and velvety weather. Mountainous areas receive the most precipitation in the form of rain. The most arid region of the country is along the Araks River.

Medical University’s Food Services provides distinct on-campus catering services, which are also available at the University Hostel. There are 4 cafeterias in the University campus and one in the Hostel. These dining facilities are affiliated to the Medical University and operate on a non-commercial basis. This is the reason accounting for significant drop in price of meals served at these cafeterias; namely, the prices are half or a third of the market price of meals at other catering facilities in the city.